The 2016 Queensland Hobie 16 State Titles were held on the waters of Hervey Bay, and hosted by Hervey Bay Sailing Club.

This regatta was a great opportunity to test the waters for the upcoming Australian Hobie Nationals which will be sailed at Hervey Bay just after Christmas. The competitors were challenged with a predominately light weather series, but capped off with the final 3 races sailed in breeze starting of at around 20 knots and easing to 12 knots in the final race of the series. The last day started off with a “barely there” 4 knots, and many sailors were suggesting it was time to call it quits. The race officer was prepared to give it an extra half hour witch was enough too bring the best wind of the series. Die hard Hobie legend Tards with fill in crew Nick King were chuffed to have a race win in the 10th race!

Photos and results below. 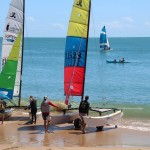 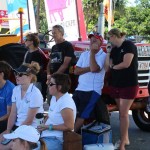 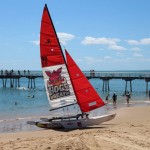 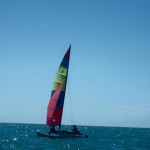 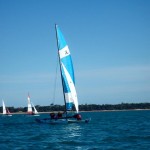 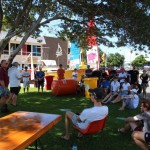 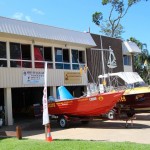 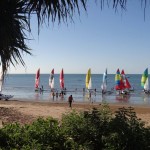 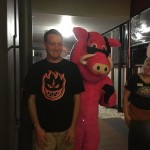 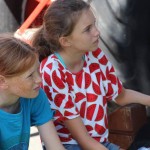 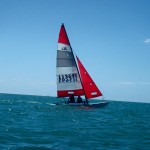 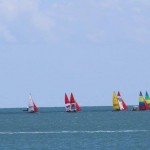 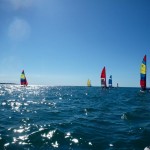 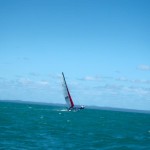 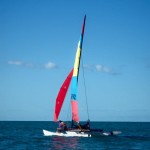 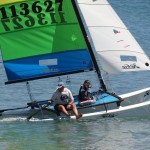 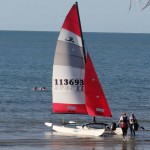 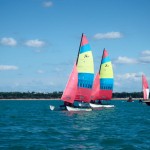 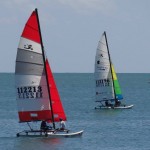